The bridge between two Worlds 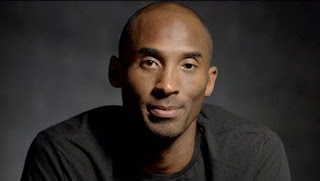 
From this dimension I can WORK on incredible LEVELS OF ENERGY.
I can participate in an EVOLUTIONARY and INSPIRATIONAL project on a PLANETARY SCALE for all HUMANITY.
Which has always been my vocation.
There is nothing like this R.I.P. you are writing so much this days for me! I'm STARTING now!

Death is the TRIUMPH of LIFE, it is the extreme FLOWERING of an instinct for TRANSCENDENCE that every HUMAN BEING carries within and that someone clearly perceive for all earthly life.

From this perspective, the real "dead-man" is the "alive-man", because the sensory perception in which he is wired, acts like a real VEIL, a TUNNEL that precludes him from perceiving TRUE REALITY.
Yet DEATH terrifies us, anguishes us and destabilizes us throughout our lives.
Especially when we see it happening to someone aged like me or my daughter Gianna Maria.
Whenever it comes to this topic, those who remain in the physical dimension are wrapped in a blanket of seriousness, silence, distress .... and everything becomes serious, dark.

Instead, what inflicts pain and dismay on us is NOT death itself but our complete, total, dramatic IMPREPARATION to grasp subtle phenomena, such as TELEPATHY, VIBRATIONS, INTUITIONS, INSPIRATIONS.
So once the biological processes can no longer renew themselves, everything seems lost.
In reality what we perceive as real is only the tip of the iceberg!
People cannot grasp the REAL beyond the senses.
It is something that INSTEAD should be taught since elementary school!
That's all we really need!

Such training would allow Mankind to live their whole life completely free from a huge, overwhelming burden, and to fully enjoy the experience of physicality, with unspeakable JOY.
If you could capture the infinite subtle nuances of energy emanating from people, for example, both in the local physical dimension and in the multidimensional non-physical one, you would not feel so bad in separating yourself from your loved ones, no matter how and why.

Life in the organic dimension is part of a perfect EVOLUTIONARY PLAN and performs a precise function.
DEATH is a simple, very precious FREQUENCY MODULATOR, and acts as a TRANSFORMER on the ENERGY FLOW that we ourselves are and that we call LIFE.
Everything is perfectly SYNCHRONIZED, there are no perfect lives, perfect paths, right or unjust dead.

Anyone of us (WE ARE ALL ONE) continually goes in and out of the physical dimension, there is nothing that can destroyed, there is nothing that can end.
The LIFE that we are, continuously takes different forms based on what we need to work on.
As employees of a company that continually reorganize themselves according to the different priorities showing up from time to time.

NOTHING IS CREATED, NOTHING IS DESTROYED, EVERYTHING IS TRANSFORMED.
Nobody is really separated, nothing is lost.
Nothing.
We are all going to the same "place".

WE ARE ETERNAL.
There is ONLY LIFE.
LIFE DOES NOT DIE.

Do not be impressed by the physicality that falls apart.
Do not let the natural attachment to what is dear and usual anchor you on the ground, prevent you from flying towards the most authentic and vast dimensions of the REAL THING.

WE ARE MULTIDIMENSIONAL.
We live in INFINITE BODIES of various densities, INFINITE WORLDS, INFINITE LEVELS OF EXISTENCE, with NO CONSTRAINTS of SPACE and TIME.

There is so much that is revealed after the so-called death!
Like a perceptual cap that is suddenly removed.
Like an expanding accordion.
Like lungs of a newborn baby that finally open wide to the air and to a NEW FORM OF LIFE that is completely different from what had been experienced until just before birth!
On the other hand, even for a fetus, birth seems initially like a death!
Do you really think that in the imminence of childbirth we foretaste birth?
Of course we can't remember it, but what we felt in those moments was certainly a huge fright! Think about it!
Everything that until a certain moment has been THE WORLD - and the only possible dimension of life - begins to fall apart.

What birth are you talking about?! At that moment, according to your senses, you are dying. Period.
The same creature that the world is preparing to welcome as a newborn child is actually having the first experience of death!
And so it works, for a lifetime! Every new phase, every experience that projects us out of the known and the usual is a death!

For this reason it is said "leaving is a little bit like dying!" Very true!
And so also the process that stops the renewal of that particular biological conformation that we call “person”, seems the irreversible end of everything.
Instead, it would be enough to consider the already countless near-death experiences documented all over the world, so incredibly aligned with each other, regardless of origin, age, social class, religion, races, etc.
Search on Google!
It is not true that no one has ever come back!
A lot of people have told us about what we call the “Other Dimension” when we are incarnate!
Do you really want to deny the facts?
What we are experiencing now Gianna and I really exist! 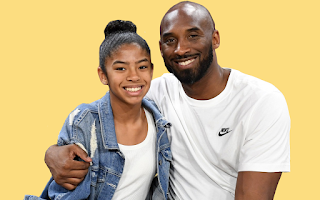 Outside the narrow walls of the "sensory room" in which you are training yourself,
everything is GOOD, PEACE, LIGHT, LOVE.
You can take over this expanded perception right now.
You don't necessarily have to leave your body.
But you have to train, continually improve yourself to perceive what the senses are not trained to perceive.
And first of all put yourself in the best conditions to do it.

For example, turn off your phone a few hours earlier than usual in the evening,
and turn it on no earlier than a couple of hours from the alarm clock in the morning.
And, whenever it is possible, leave it just switched off!
Spend a lot of time meditating and cultivate your inner VISUALIZATION every day.
Start training your TELEPATHY.

These are skills in all respects, such as playing basketball or playing the piano.
Start going to find people with your ESSENCE, instead of (and / or before that) with your body.
Send an SMS of Light to your loved ones. Use the What's App of your Multidimensional Presence.
It's as real as an I-Phone! Try!

One day you might have people say to you:

And some might even ask you what were you doing in a certain place where you were not at all.
The more you concentrate your Energy inside, the more paradoxically it will be palpable outside.
(Then there is no inside and outside, above and below. But for the moment think of it like this.)
The Pineal Gland is a very powerful device, a real MULTIDIMENSIONAL SWITCH.
It serves precisely to make this type of experience.
The problem is that in most people it lies buried and calcified in the most remote recesses of the brain, completely unused.
You must make sure to awaken this Magic Portal, drinking large doses of water and adopting an alkaline diet as much as possible, just to start.

Take MELATONIN before going to bed.

Sleep a large number of hours and practice MEDITATION continuously.
Don't get caught in the craving for doing.
Since YOU EXIST IN INFINITE DIMENSIONS, not only the physical one, you can devote yourself wholeheartedly to any job you want, but first .... start doing it with your mind.
Meanwhile, keep everything going with INNER ENERGY, then everything else will follow.

Visualize a huge BASKET BALL of INTENSE LIGHT that comes out of your abdomen and thunders over the object of your ambitions and / or your worries, preparing the ground for a FULL AND SUBLIME VICTORY.
Then when you go to act physically, you will be surprised to do all the work in a very short time and with great quality.
You have to train yourself to pick up our voice.
Unfortunately you are convinced to hear but you are practically deaf, you believe you are seeing but you are actually blind.

You live like under a transparent but very leathery dome, whose existence you do not even suspect or on which you never think much, until a 41-year-old NBA STAR crashes with his helicopter together with his daughter and many other people.
Don't be enslaved by events!
Don't settle for the "lie" that the senses tell you.
Don't wait to succumb during the next game! Train now! Train hard!
Die while continuing to stay alive!
Wake up while continuing to stay in the Dream we call Reality!
If you act with COMMITMENT, FAITH, and an AUTHENTIC ABANDONMENT, you can connect to this Dimension before the biological processes of the incarnation stop.
You will be THE BRIDGE BETWEEN TWO WORLDS. As a matter of fact they are not two, this is a false perception as well but, as I said before, for the moment feel it like this.
Maybe you can start creating a little space in your mind that this is just ...  an optical illusion.
After all, the Earth seems flat and firm while we know that REALITY is very different, right?
Here, it works in exactly the same way as regards the dimension that - as "alive" - we define Spiritual. 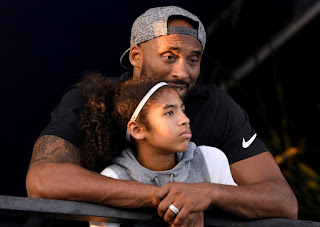 The whole Planet is traveling towards a fusion of these two dimensions still perceived as distant and tragically, hopelessly separated.
Everything is SYNCHRONIZING towards what is defined as Ascension, that is, a Migration towards higher frequencies and gradually faster and more subtle vibrations.

Gianna and I have the WONDERFUL OPPORTUNITY to COLLABORATE in this sense, CONNECTING in SPIRIT to those of YOU who spontaneously ACTIVATE themselves, already from within their own natural person, to form A NEW TEAM of incredible, authentic MULTIDIMENSIONAL CHAMPIONS!
There is so much to BE, DO, EXPERIMENT ... and as you get closer to these frequencies in which we are NOW, free from body-mind and space-time systems, you will feel, as we feel, literally EXPLODE WITH JOY!

A thought that I have received by Kobe & Gianna Maria, in Spirit.